Welcome to the latest update for town and parish councils about the work taking place to deliver the new Buckinghamshire Council.
In today's update you will find information on the following:

Updates to the team

We are continuing to make good progress towards plans for the new council.
As we have previously shared, we have now appointed to the majority of the Service Director roles for the new Senior Management team. This team will support the Corporate Directors and Chief Executive to bring all our teams together and prepare for April 2020. 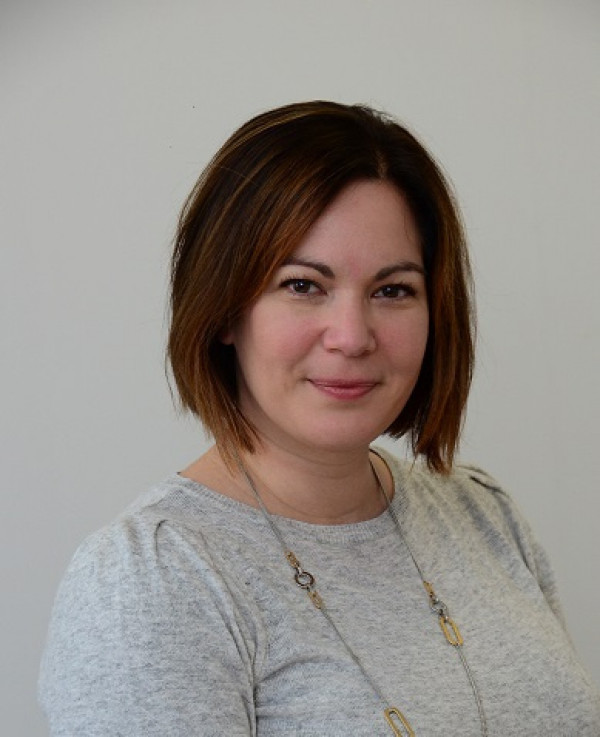 As part of this recruitment, we have also appointed Claire Hawkes as Service Director for Localities and Strategic Partnerships. Claire will have a lead role in developing strong links between the new council, local communities and partners to improve how we work together to deliver services at a local level.
Claire has over 20 years’ experience of working in all tiers of local government and the charity sector. She started her career in community development and quickly developed a passion for supporting sustainable, healthy and resilient communities.

Claire’s previous roles have all focused on strategic partnership working, building strong relationships and enabling organisations to come together to create tangible solutions, especially around those ‘wicked issues’ which are hard to crack. Claire will build on the work to date with town and parish councils and is keen to hear your ideas.

Thank you to everyone who has expressed an interest in taking part in the place-based devolution pilot scheme.
We encourage those who are considering the scheme to get in touch with us and submit your application by emailing unitarycomms@buckscc.gov.uk.
All expressions of interest need to be received by Friday 31 January.
Information about the devolution offer

Budget plans under the magnifying glass The Shadow Overview and Scrutiny Committee recently (14-17 January) examined the draft budget and financial plan for the next three years. Recordings of these sessions are available to watch online.

Details of the proposed budget plans can be found on the Shadow Authority website.

We are inviting further comments on the detailed budget proposals. These can be submitted via a short online form and any comments need to be received by the end of January.

The final budget for Buckinghamshire Council will be presented to Shadow Executive on 18 February. It will then be presented for approval at the Shadow Authority meeting on 27 February.

Your Buckinghamshire, your council
A better future together

As we move closer to 1 April, we are planning a campaign to promote the new council. The aim of this campaign is to make the transition to the new council as easy as possible for everyone. There will be a focus on providing the key information that our residents need and answering their concerns.

We’ll start to make changes to our social media accounts in the next few weeks and be encouraging our followers to follow the new accounts. We’ll let you know more about this soon! 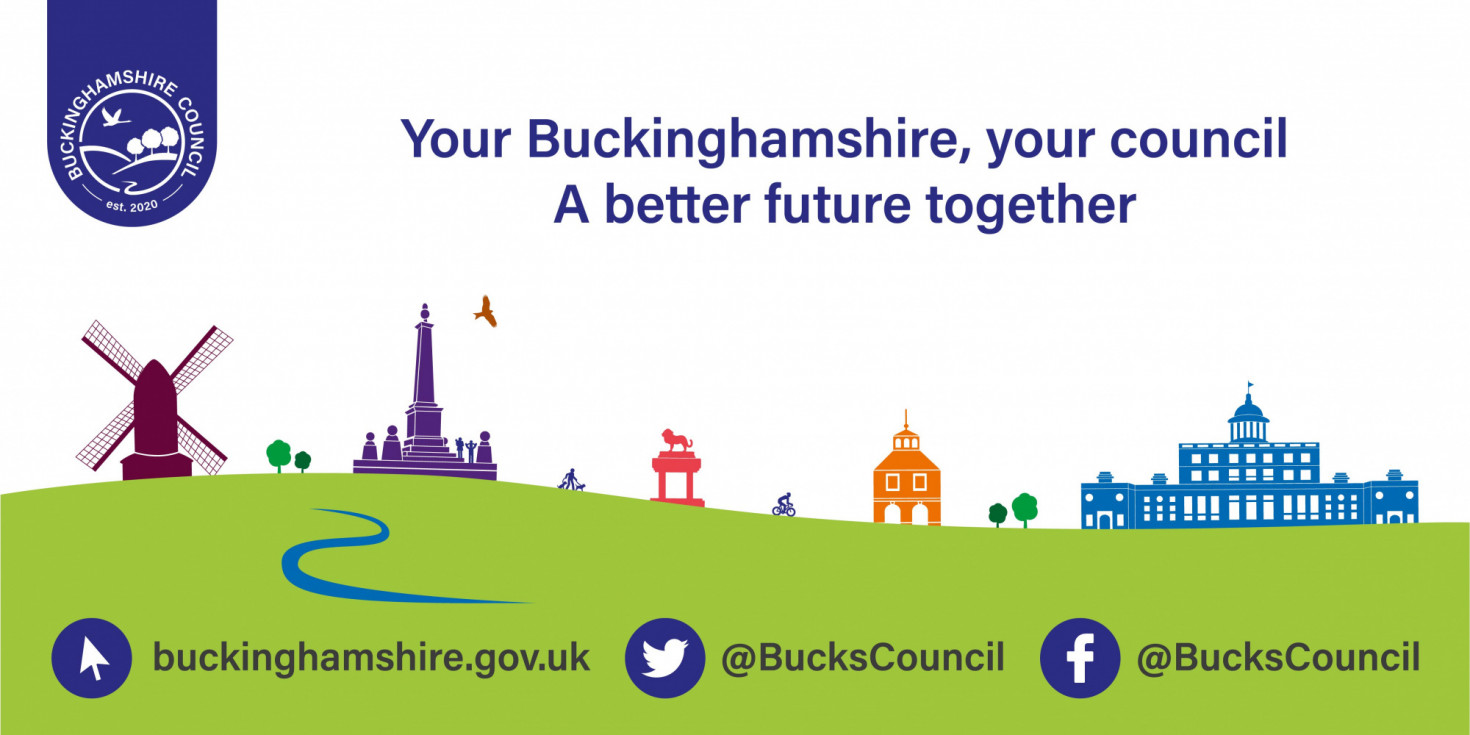 Over the coming months, you will also start to see the new Buckinghamshire Council brand appear across the county as we prepare for April. Some of the first places you will see the new brand will be on things like the uniform of the Street Scene team in Aylesbury Vale, waste vehicles and in poster sites within car parks.
This is part of our campaign to promote the new council as well as part of the rebranding strategy, where we are rolling out the new brand where it makes sense to do so before April.
Help us share the message
We want everyone across Buckinghamshire to know about the new council and would appreciate your help with sharing the message. If you would be happy to display our posters in your local area, please contact unitarycomms@buckscc.gov.uk and we will get this posted to you in the coming weeks. 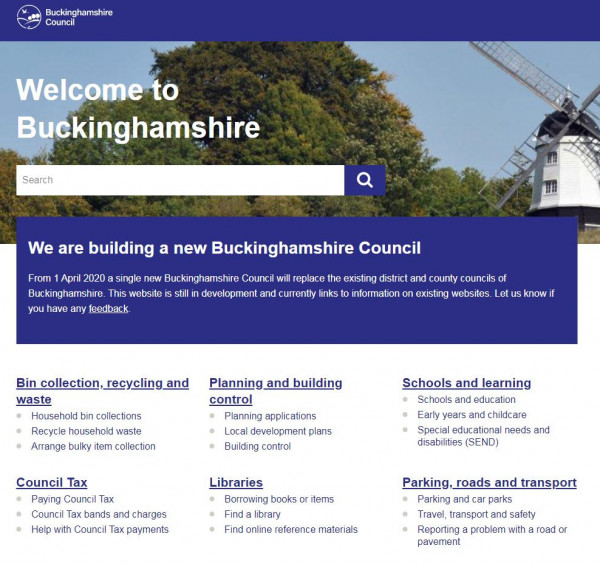 In line with the promotional campaign, the new Buckinghamshire Council website (buckinghamshire.gov.uk) will launch towards the end of January/beginning of February. This will be an ‘alpha’ site; it will only contain basic information and will be used to test the navigation and layout of the site.

The web team will be reviewing and making changes to the site to improve how you find information in the lead up to April.

Safer Buckinghamshire - have your say

The new Safer Buckinghamshire Community Safety Partnership, which will come into effect in April 2020, would like your feedback about how safe you feel in Buckinghamshire. Your feedback will be considered alongside crime and safety data to help shape the priorities for the next year.

The short survey is now open and will close on Sunday 23 February.
Share your views 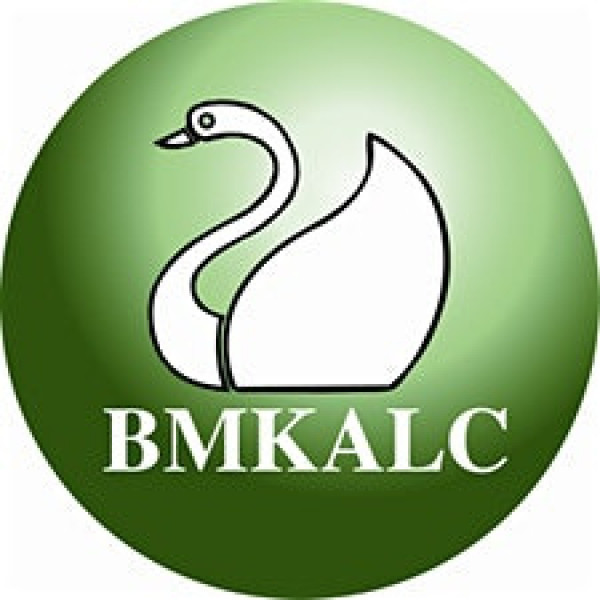 To help us understand what is important to you and develop how the new council will work with you in the future, we are regularly out and about meeting with our partners.
This includes regular catch up sessions with BMKALC to ensure there is a close working relationship.
The next BMKALC Liaison meeting will be held on Wednesday 29 January, 6.30pm at the Buckinghamshire County Council offices, Walton Street, Aylesbury. 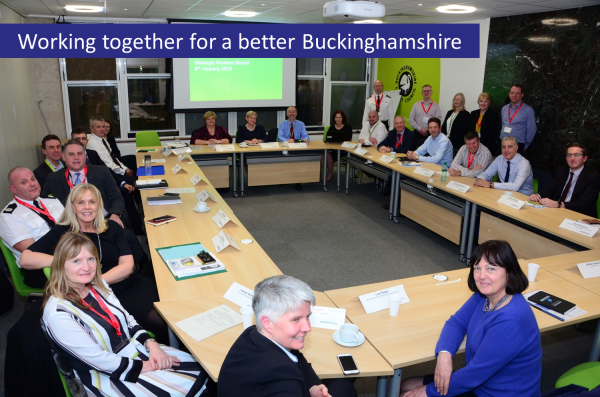 You may have caught the tweet from @DeliveringBucks following the first meeting of Buckinghamshire Strategic Partnerships Board on 9 January. This was well attended with key services such as police, health, fire services (and many more) being represented.
We have received lots of positive feedback from our partners, including BMKALC who represented the town and parish councils. This was a valuable opportunity to update partners on the unitary programme and discuss our shared priorities for Buckinghamshire’s communities.

Tuesday 28 January
Shadow Executive meeting - The Oculus, Aylesbury Vale District Council
This meeting is open to the public or you can watch a live webcast of the meeting, which will then be available as a recording.
Wednesday 29 January
BMKALC Liaison Meeting - Buckinghamshire County Council Offices
Tuesday 17 March
National Association of Local Councils Spring Conference
We are looking forward to hearing about other council's experiences and having the chance to collectively explore ideas.
There are also other events coming up that we are keen to attend with our partners. These include the In the Spirit of Partnership event held by the International Council of Voluntary Agencies.

How can I keep up to date?

You can keep up to date with the latest news by:

If you have any comments about the content of this newsletter, or questions about the programme to deliver the new Buckinghamshire Council, please email:
unitarycomms@buckscc.gov.uk

If you would like your town or parish councillors to receive these emails directly please let us know by emailing unitarycomms@buckscc.gov.uk