On March 19th, 2019 the West Apron Extension (WAE) Project phase 3 and the Main Apron (MA) phase 1 works has started and will include the installation of a new fuel system by installing underground fuel lines and underground fuel pits.

The WAE Project phase 3 and the MA phase 1 can accommodate 4 type C (4x 737 or Airbus A320) aircraft or 2 type C (2x 737 or Airbus A320) aircraft and one aircraft type E (747) aircraft. Two new Aircraft Carrier (AC) stands nr. 11 and 12 will be built of concrete to accommodate 2 type C aircraft. Existing AC stands 9 and 10 will be renovated into AC parking positions 9L and 9R as Multiple Aircraft Ramp System (MARS) stands to accommodate 2 type C aircraft or 1 aircraft type E aircraft. Additionally, new service roads will be built at the west and east side in order to connect the new main gate, new service roads will also be built at the north side and south side of these AC stands including the necessary utilities, and lastly, spaces for the gate houses for the extension of terminal building for the loading bridges will be built. Insurers Visit and Inspection at the Airport

Every two years the property insurer American International Group (AIG) performs an inspection on the airport's premises where AIG looks at different aspects such as fire protection, fire safety, storm resistance, and key risks that can interrupt AAA's business operations. This year the engineer of AIG started with his inspections on March 11th, 2019 and focused on the Gateway 2030 project.

During the whole week, several inspections were performed by AIG on all types of fire detection and suppression systems within the buildings, such as fire sprinklers and fire alarms. Fire pump tests and deluge tests were completed and meetings were held regarding AAA's policies and strategies (emergency manuals, Hot Work Permit, Red Tag etc.). A brand new fire suppression system known as a Victaulic system has been installed in the Airport tower for the Airport Management Unit and ANSA to protect the offices with sensitive computer and electrical equipment. This Victaulic system will be commissioned in the next few weeks. AAA has adopted the NFPA fire code standards and is incorporating these codes in the existing building as well as in the design of Gateway 2030.

During the same time, the insurer Swiss RE had a site visit to receive more information about the Terminal Expansion of the Gateway 2030 project with the focus on the Construction All Risk insurance. AAA also has Construction All Risk insurance specifically for the Enabling Works of the Gateway 2030 project in place and the insurer Liberty Global was at the Airport on March 8th, 2019 to perform their independent inspection on the ongoing construction works and planning. The insurers were accompanied by AAA's insurance broker and risk engineer from WillisTowersWatson. Bits Food Truck opened its doors on Friday, March 15th, 2019 for Airport users and visitors. Located at the Taxi stand, Bits offers a delectable menu with early rise and shine delights including pastechis, croquettes, and stuffed croissants. For lunch, customers have the option of their soup of the day and three different platters with additional side options. For a healthier option, Bits also provides freshly made healthy smoothies. Bits Food Truck is open daily from 7:00 am to 6:00 pm.
Learn More 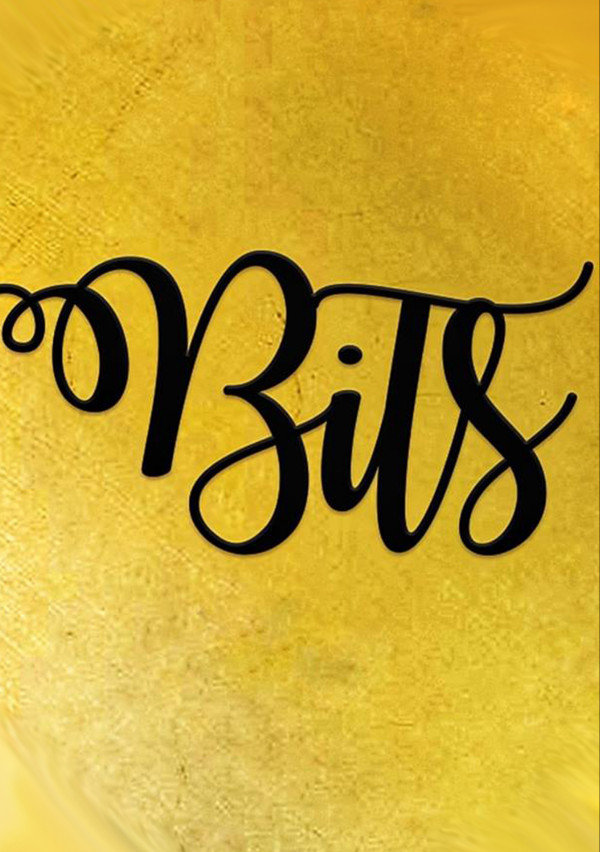 On March 14th, 2019 AAA conducted a Table Top Exercise for an earthquake and Tsunami scenario. The training was focused on evaluating operations of the Caribe EWS Tsunami Warning System and preparations needed for when Aruba is hit by a Tsunami. Each entity had to evaluate operational readiness, ensure appropriate tools and response plan(s) that have been developed, and evaluate the status of the implementation of the Tsunami ready recognition program.

The results of the Training will be used to update Emergency Response Plans where necessary.
The Airport remained fully operational throughout the training and no services were affected or interrupted during this training. 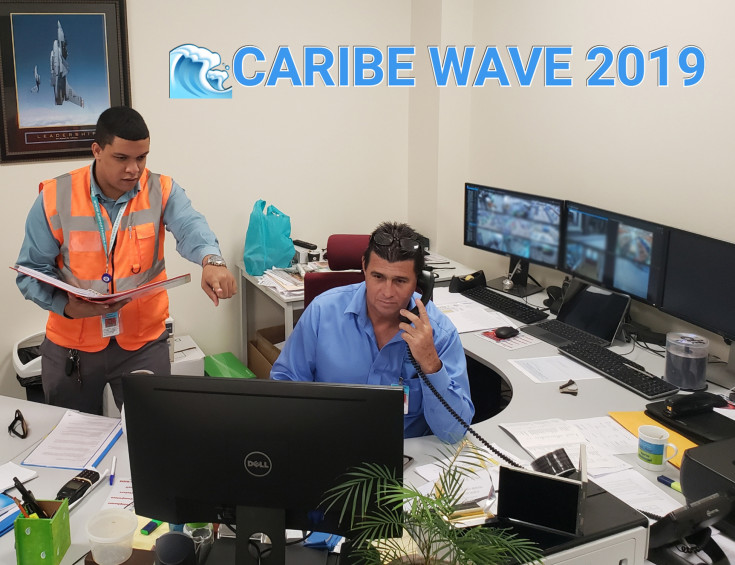 Queen & Mrs. Of The Sky Election Aruba Airport held its Queen & Mrs. of the Sky Election combined with an Employee Appreciation Event for the entire airport community on Wednesday, February 27th, 2019. All airport community employees received complimentary food and beverages and cheered for their favorite queen(s). As the election took flight, all 12 candidates were invited on stage and one by one, they had to present their speech. After their speech, candidates had to present their creative costumes representing their company. Each candidate's performance was incredible and they did not make the judges' task easy at all, but after scoring their performances, the winners for Queen and Mrs. of the Sky 2019 were known together with 15 additional prizes!
Prizes for Queen Of The Sky
Queen Of The Sky: Jahe Bikker - Delta
1st Runner-up: Jullisa Cangieter - AAA
2nd Runner-up: Laura Giel - Arufreight
3rd Runner-up: Kimberly Wester – American Airlines
4th Runner-up: Yuli Franken – Copa Airlines
Best Speech: Jahe Bikker - Delta
Best Costume: Miljenka Franken - Douane
Best Poster: Kimberly Wester – American Airlines
Reina di Ambiente: Jahe Bikker - Delta
Reina di Bochincha: Jullisa Cangieter - AAA 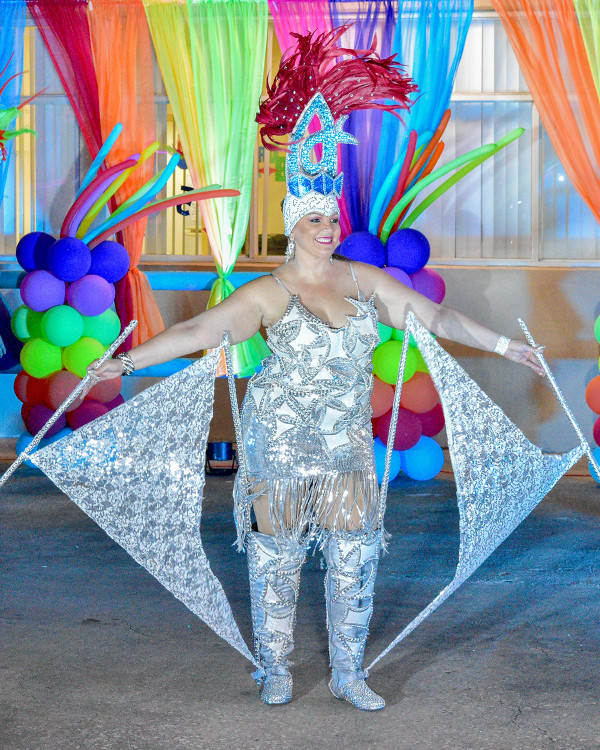 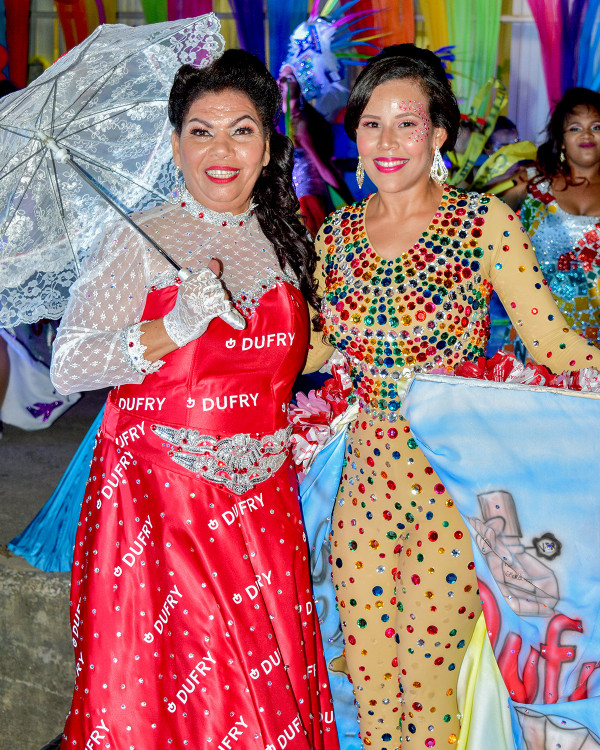 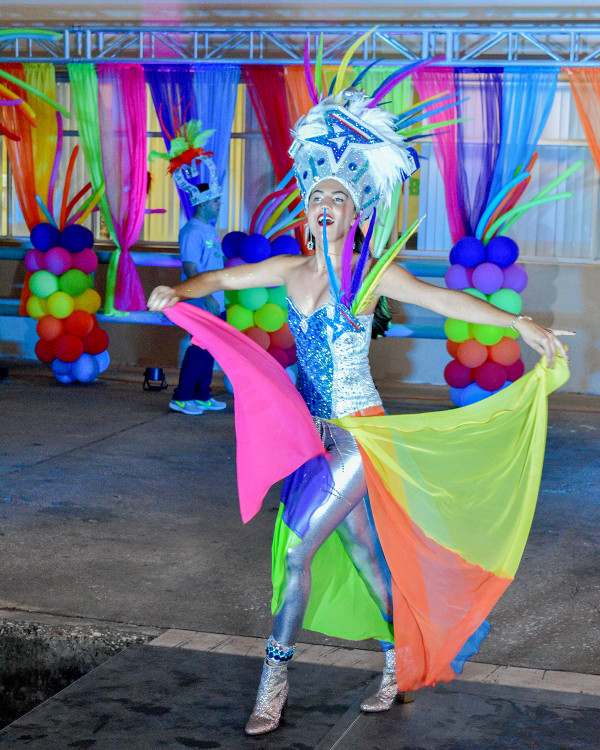 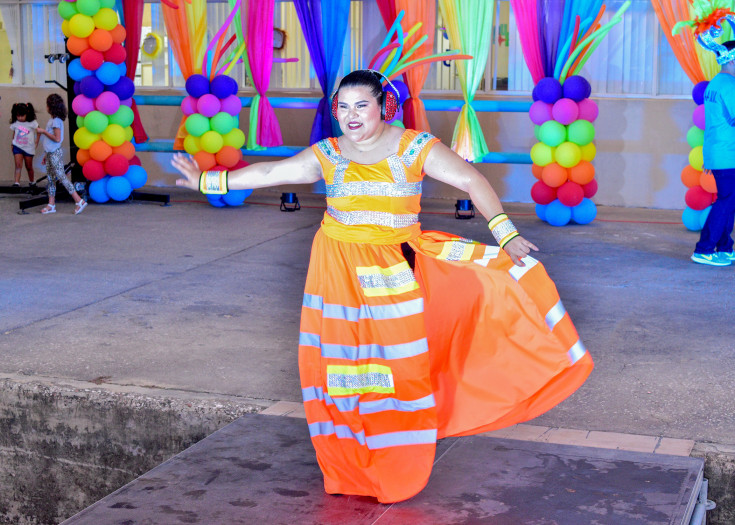 14-Bis Marketplace Restaurant is a destination for every appetite and time of day. Whether you come to enjoy a coffee with your newspaper, a snack or a family feast or meal, your welcome will be equally warm. During the “per kilo lunch” you can stroll around and let the sights, sounds and aromas of their Caribbean market entice you. Help yourself to anything you would like. 14-Bis' daily changing “per kilo” menu consists of anything imaginable from sushi rolls to sandwiches, salads, soups, desserts & pastries.

14-Bis prepares different pasta & Asian flavored dishes, U.S. steaks, chicken, and pork. Just like on a real market there are a lot of options. Come in and experience it for yourself.
Learn More 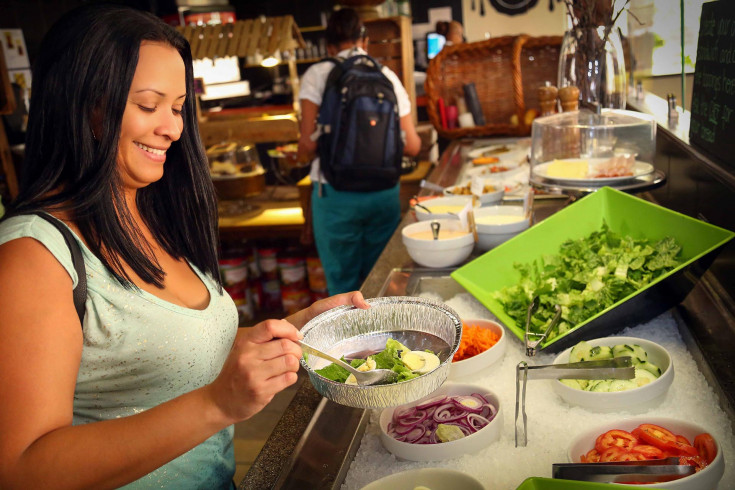 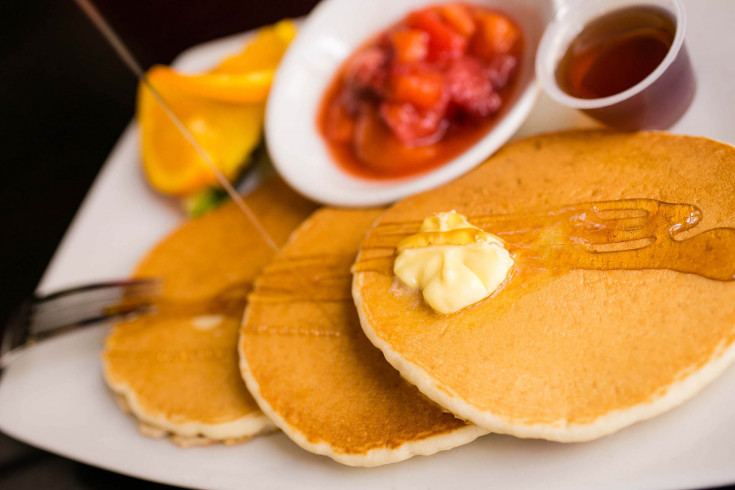 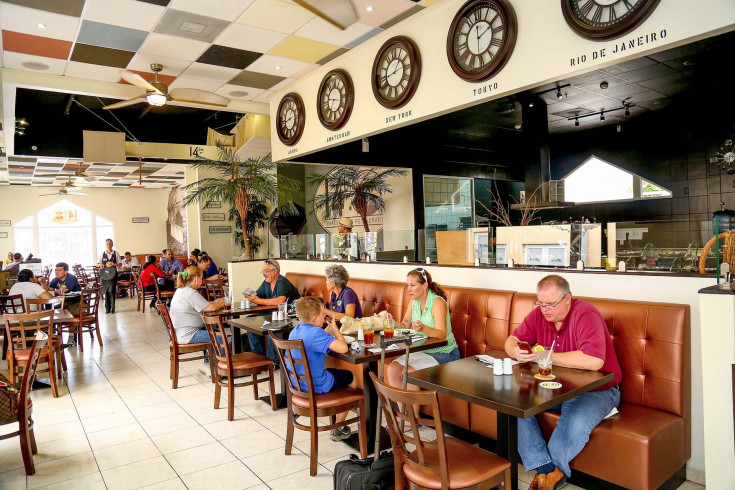